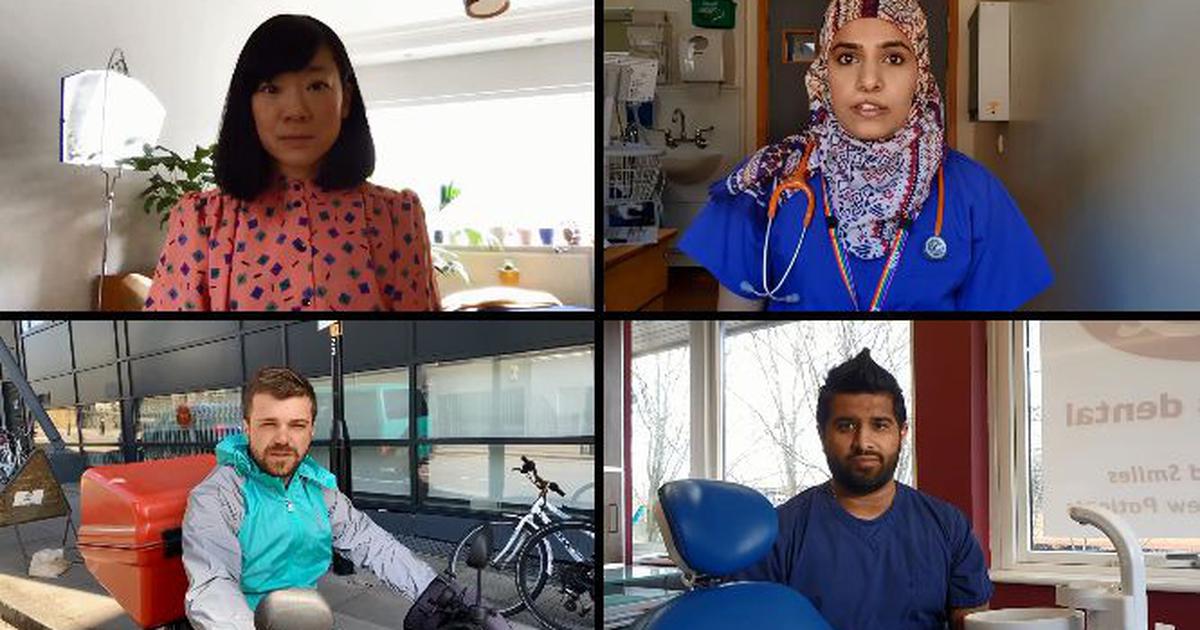 At a time when there is a renewed appreciation for certain jobs, it helps to tell a broader story on the role of work and liberal arts education in society. Over the past few months many have had to reevaluate their relationship to work, not least the sort of work they deem valuable:

Key workers that have been historically undervalued are now being recognised for their expertise in public service. Teachers, nurses, shop-workers, carers, delivery drivers and more have found their roles are now given the recognition they always deserved. Perhaps this also provokes us to reconsider our own work, or even the sort of work we want to go into.

All of a sudden, it has become crystal clear who’s doing the truly important work in care and in education, in public transit and in grocery stores.

So when asking about the value of a liberal arts degree, as well as considering its value for employers, to think about it meaningfully, we also need to consider its benefits beyond the workforce and economy. Recent events are a reminder that work finds deeper meaning when it engages in public service and social needs. Students of liberal arts degrees are often searching beyond the logic of GDP and are increasingly concerned that an unsustainable logic of growth is the locus of an unhealthy society, politics, education, and ecology.

The future of employment, skills and growth is uncertain, with demand being driven not only by technology and automation, but also by how we live within our local and global environment, political uncertainty and demographic change.

There is an overstated but understandable perception that liberal arts “is a degree after which you are unemployable but sure is fun to study“. As we’ve seen from The British Academy report, it turns out only one of those things is true. Of course we can also think about that initial judgement a little differently.

We don’t always know what work might interest us ahead of time. Some people chose to do a degree focused on what they might learn rather than what work they might want to do. For others employment and education are distinctly separate arenas of life. Christopher Nolan, for example, studied English Literature and is now one of the most successful film makers. Einstein’s job as patent clerk afforded him time to ponder big questions in physics. Jacinda Ardern found her first job at a local fish-and-chip shop but graduated with a Bachelor of Communication Studies (BCS) in politics and public relations and is now Prime Minister of New Zealand. Maya Angelou studied African dance but was eventually awarded over 50 honorary degrees for her literary works which included autobiographies, essays, poetry, plays, film, and television. Some also see their first degree as a way to lead to a postgraduate degree which might more directly lead to a specific industry. Alfonso Cuarón is a good example of this progression, he studied philosophy, and then went onto film-making within the same university. Life rarely takes a linear course,

‘He who has kept to the highway in his pilgrimage through a country has not seen much of it; it is by detours and false paths that we learn to know a country, for they compel us to pay keen attention, to look about us on all sides, and to observe all landmarks in order to find our way … Whoever has always kept to the highway of prescribed school experiences and of acknowledged truth, without the courage to turn aside and to wander, has not seen very much in the land of truth. And long wandering means long remaining young’ (Paulsen, F)

For those who are focused on a specific career it’s also worth bearing in mind that our modern world is rapidly changing, so the future of work remains relatively uncertain. Liberal arts education is distinctly suited to this landscape of uncertainty. It asks you to consider an education that prompts you to know yourself, or as it was with Socrates, know thyself. Sometimes old cliches are true in a way we might not expect; it is not about what you know but who you know.

The world no longer cares about what students know, but what they do with what they know.

Jobs are not what they used to be. The importance of this is overlooked and under explored. Disciplinary education can often limit the idea of future employment – indeed, the world of work is no longer, if it ever was, a distinct series of silos. Individual subject disciplines suggest that if you study journalism you will become a journalist, physics a physicist, education a teacher etc. Work has always been and is increasingly more complex than that.

Consider these real jobs and their job titles:

We don’t often hear about, or consider these sorts of jobs and careers because they are difficult to imagine unless you are familiar with them. For traditional single subject degrees these jobs can often be beyond their educational horizons. Jobs like these reflect changes in the contemporary working landscape that happen responsively to workforce/societal needs. Today, work is more nuanced, flexible, multidisciplinary/interdisciplinary, and pluralistic than it once was. The jobs listed above share what might be called values; respect for people, learning, curiosity, complex critical thinking, and the ability to work across multiple ideas with attention to detail, thought, and care. Granted some will demand familiarity with specific technologies and platforms – but this is true of nearly all work now, and each of these technologies are increasingly designed to be frictionless, hence easy to pick up and play.

Depending on the particular liberal arts graduate, the roles above are all possible employment routes: not one of them requires a specific discipline degree – indeed, 86% of employers don’t even mind what specific degree you graduate with – and there are thousands more jobs just like them. Interdisciplinary liberal arts education speaks directly to this world of work – and to the very skills that enable you to quickly and flexibly learn and adopt new ideas, platforms or technologies. It is the ability to learn itself that is of value – rather than a narrow application of that learning.

So what matters even more than the degree title you graduate with is the quality of education you experience. A degree is not singularly about a future salary or career it is also about the sort of experience you want to have right now. What is it that drives your curiosity, how and what do you want to learn, and who do want to learn with and from? These are the sort of questions it can be easy to abandon when subjected to the rhetoric of higher education and their competing league tables. Education is rarely about winning, and when it is the lessons learned are often unfulfilling.

It helps to keep in mind that education isn’t singularly about employment, at its best education is about developing a meaningful outer and inner life. As Merlyn once told a soon to be king:

The best thing for being sad, is to learn something. That is the only thing that never fails. You may grow old and trembling in your anatomies, you may lie awake at night listening to the disorder of your veins, you may miss your only love, you may see the world about you devastated by evil lunatics, or know your honour trampled in the sewers of baser minds. There is only one thing for it then—to learn. Learn why the world wags and what wags it. That is the only thing which the mind can never exhaust, never alienate, never be tortured by, never fear or distrust, and never dream of regretting. Learning is the thing for you.

The Once and Future King, White, T.H.

Our Liberal Arts Jobs page regularly curates liberal arts relevant jobs through its twitter account. It’ll be relevant to those graduates from Winchester but it should also be useful to others, both those who have recently graduated and those with more years out in the workforce. While not every job listed will be relevant to everyone it should still be helpful in highlighting places to look for jobs while also highlighting careers and pathways perhaps not previously considered.