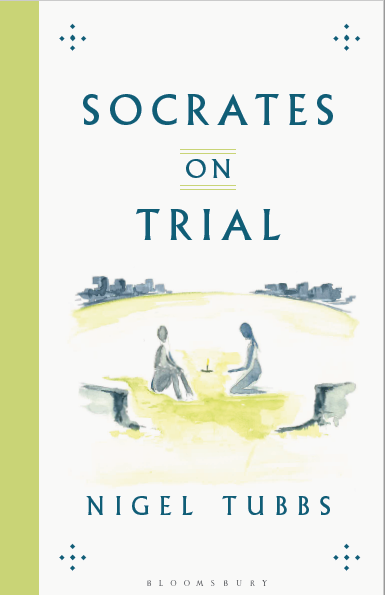 A New Statesman Book of the Year 2021

Socrates On Trial tells of Socrates’s return to a modern city that is plagued by prejudice, privilege and populism. On resuming his questioning in the agora he is arrested, interrogated by his prosecutors, questioned by his Judge, and confessed to by his inquisitor. On a Festival Day, he explores a new model for the just city –a city based not on mastery but on learning –before offering a new apology to the court that will, once again, decide his fate.

“This book is quite extraordinary at the literary as well as the philosophical level. A tour de force.” –Josh Cohen, Professor of Modern Literary Theory, Goldsmiths, University of London, UK

“What if Socrates were to return today, and insist again on asking uncomfortable questions of the propertied and the powerful? Tubbs’s reply in this compelling philosophical fable is as fascinating and as shocking as its stylistic inspiration in Dostoyevsky’s Grand Inquisitor. His Socrates discovers that the examined life is as unwelcome today as it was in ancient Athens, that property and power remain as allergic to questioning as then and, in a fatal ironic twist worthy of its protagonist, that it is now he who must defend himself against the failure of his efforts to lead others out of the cave. Tubbs’s Socrates, questioning our culture and his own contribution to it, learns that, although he must fail again, this time at least he can fail better.” –Howard Caygill, Professor of Philosophy, CRMEP, Kingston University, UK

Read an excerpt from Socrates On Trial