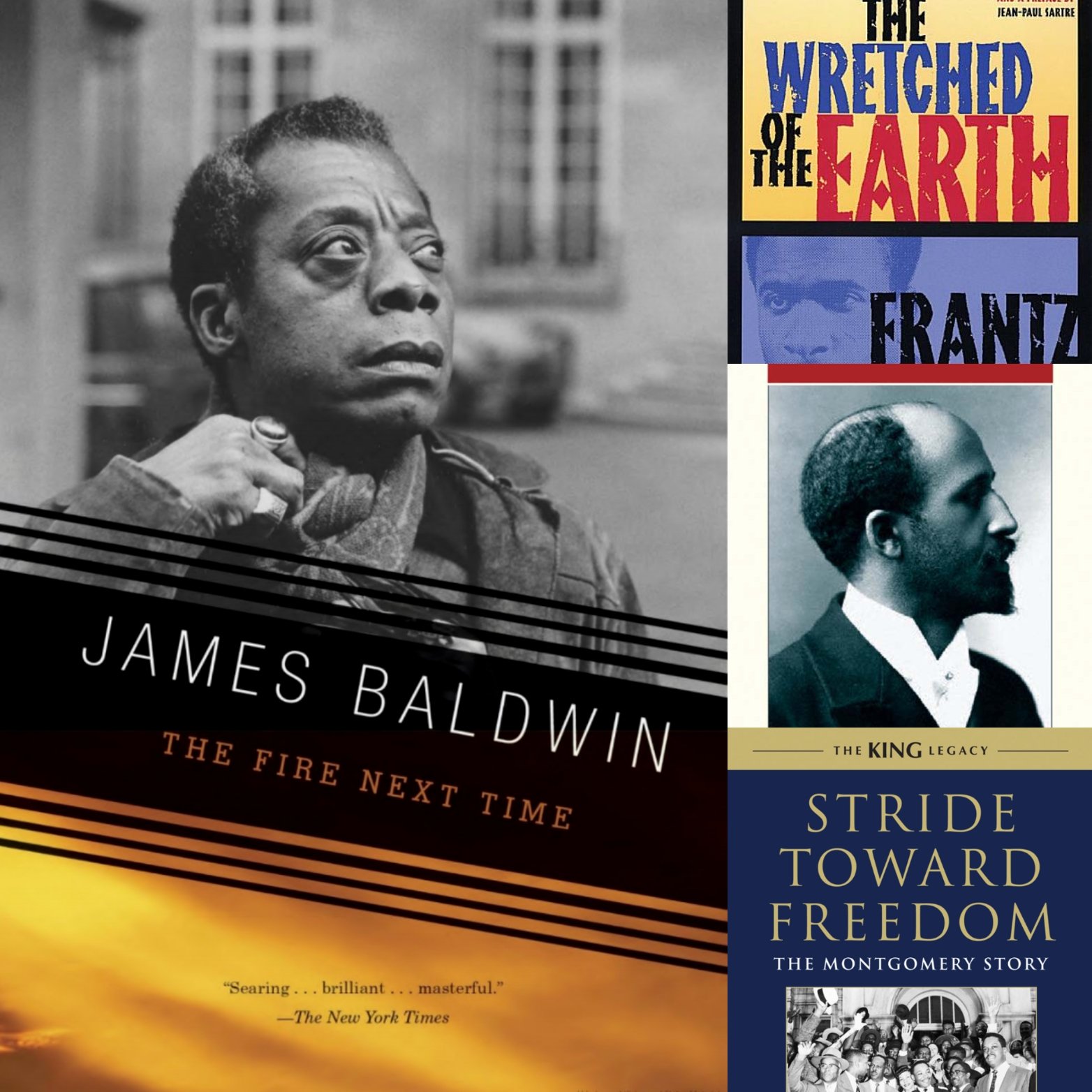 Liberal Arts has a long history in the USA. In recent years it has been exercising self-critique on the colour of its canonical literature, and some of the prevailing values and attitudes carried in that canon. In particular, it is trying to enlist voices into its programmes that traditionally have been excluded and silenced. Given events in the USA at the moment (June 2020) we illustrate some of these voices below, voices which are part of our own programme at Winchester.

JAMES BALDWIN
The Fire Next Time

The problem of the twentieth century,” wrote W. E. B. Du Bois around sixty years ago, “is the problem of the color line.” A fearful and delicate problem, which compromises, when it does not corrupt, all the American efforts to build a better world-here, there, or anywhere. It is for this reason that everything white Americans think they believe in must now be reexamined. What one would not like to see again is the con­solidation of peoples on the basis of their color. But as long as we in the West place on color the value that we do, we make it impossible for the great unwashed to consolidate themselves according to any other principle. Color is not a human or a personal reality; it is a political reality. But this is a distinction so extremely hard to make that the West has not been able to make it yet. And at the center of this dreadful storm, this vast confu­sion, stand the black people of this nation, who must now share the fate of a nation that has never accepted them, to which they were brought in chains.

FRANTZ FANON
The Wretched of the Earth

Let us waste no time in sterile litanies and nauseating mimicry. Leave this Europe where they are never done talking of Man, yet murder men everywhere they find them, at the comer of every one of their own streets, in all the corners of the globe. For centuries they have stifled almost the whole of humanity in the name of a so-called spiritual experience. Look at them today swaying between atomic and spiritual disintegration […] how is it that we do not understand that we have better things to do than to follow that same Europe? That same Europe where they were never done talking of Man, and where they never stopped proclaiming that they were only anxious for the welfare of Man: today we know with what sufferings humanity has paid for every one of their triumphs of the mind.

W. E. B. DU BOIS
The Souls of Black Folk

After the Egyptian and Indian, the Greek and Roman, the Teuton and Mongolian, the Negro is a sort of seventh son, born with a veil, and gifted with second-sight in this American world, – a world which yields him no true self-consciousness, but only lets him see himself through the revelation of the other world. It is a peculiar sensation, this double-consciousness, this sense of always looking at one’s self through the eyes of others, of measuring one’s soul by the tape of a world that looks on in amused contempt and pity. One ever feels his two-ness, – an American, a Negro; two souls, two thoughts, two unreconciled strivings; two warring ideals in one dark body, whose dogged strength alone keeps it from being torn asunder.

W. E. B. DU BOIS
The Souls of White Folk

I studied philosophy and theology at Boston University under Edgar S. Brightman and L. Harold DeWolf. Both men greatly stimulated my thinking. It was mainly under these teachers that I studied personalistic philosophy—the theory that the clue to the meaning of ultimate reality is found in personality. This personal idealism remains today my basic philosophical position. Personalism’s insistence that only personality—finite and infinite—is ultimately real strengthened me in two convictions: it gave me meta-physical and philosophical grounding for the idea of a personal God, and it gave me a metaphysical basis for the dignity and worth of all human personality.