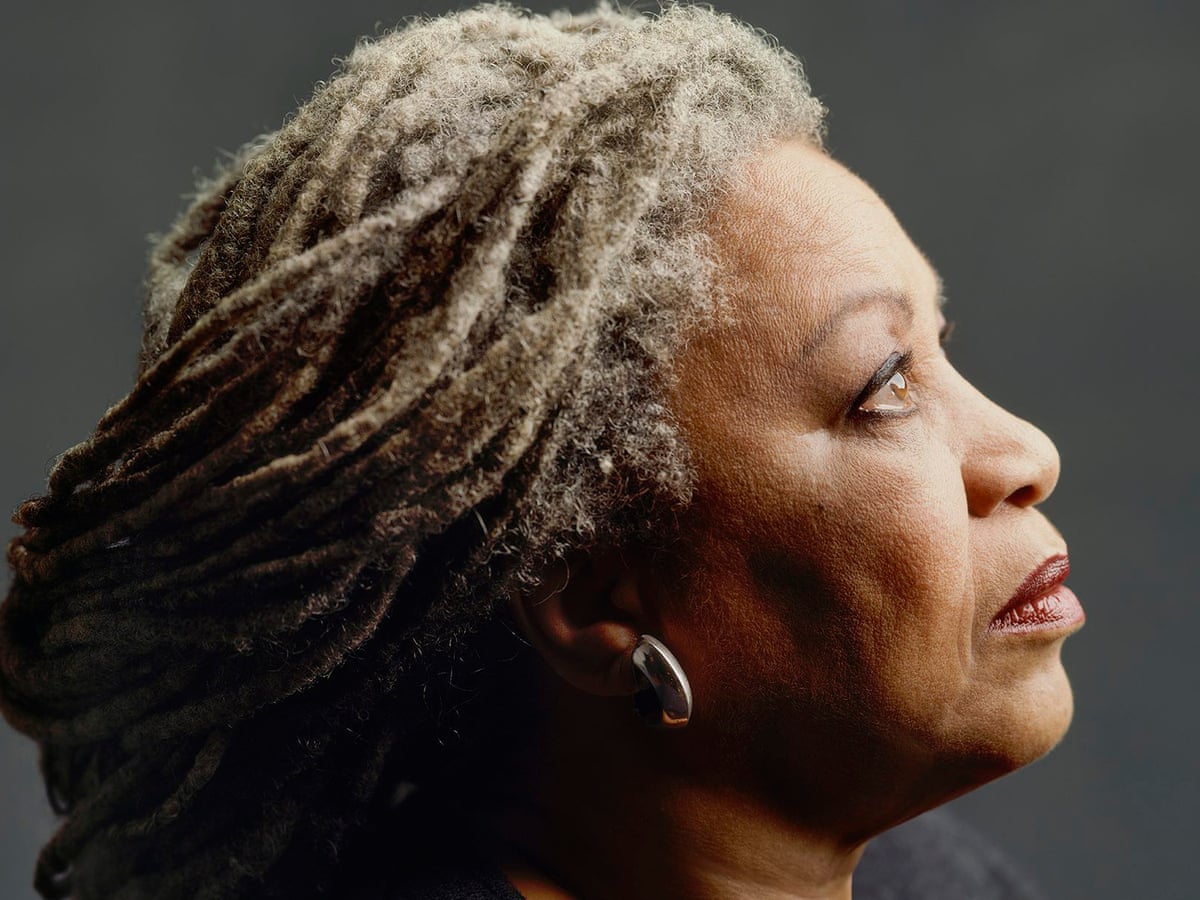 Toni Morrison’s The Bluest Eye, first published 50 years ago, is a classic of African American literature. Exploring the consequences of pervasive racism in 1940’s America, it is a profound, moving and difficult excursion into the lived experience of black girls and black women and their relationships to their families, to men, their community and each other. In particular, it draws attention to the ways in which the ideals and symbols of white beauty distort and marginalise the black girl’s growing sense of self and ‘how something as grotesque as the demonization of an entire race could take root inside the most delicate member of society: a child’ (168).

At the heart of the novel is eleven year old Pecola Breedlove. The Breedloves, writes Morrison, are an extreme case of ‘a crippled and crippling family’ (168). Not only are they ‘poor and black’ (28), they are ‘ugly’ too, or rather, they had come to ‘believe [] they were ugly’ (28) and so ‘wore their ugliness, put it on’ (28) in its various manifestations of aggression and ‘racial self-loathing’(167). The internalisation of the ‘assumption of immutable inferiority’ (168) shapes Percola’s emotionally and racially scarred childhood. Concealing herself behind ugliness, she is barely present in the world as anything other than a shadow. This damaged existence leaves her longing for blue eyes, for the kind of eyes that will free her from the unrelenting shame and bondage of her blackness, experienced as an object of contempt and derision by the black and the white community.

Following a particularly violent fight between her parents Pecola imagines what it would be like to have blue eyes:

‘“Please, God,” she whispered into the palm of her hand. “Please make me disappear.” She squeezed her eyes shut. Little parts of her body faded away. Now slowly, now with a rush. Slowly again. Her fingers went, one by one; then her arms disappeared all the way to the elbow. Her feet now. Yes, that was good. The legs all at once. It was hardest above the thighs. She had to be real still and pull. Her stomach would not go. But finally it, too, went away. Then her chest, her neck. The face was hard, too. Almost done, almost. Only her tight, tight eyes were left. They were always left.

Try as she might, she could never get her eyes to disappear. So what was the point? They were everything. Everything was there, in them. All of those pictures, all of those faces. She had long ago given up the idea of running away to see new pictures, new faces, as Sammy had so often done. He never took her, and he never thought about his going ahead of time, so it was never planned. It wouldn’t have worked anyway. As long as she looked the way she did, as long as she was ugly, she would have to stay with these people. Somehow she belonged to them. Long hours she sat looking in the mirror, trying to discover the secret of the ugliness, the ugliness that made her ignored or despised at school, by teachers and classmates alike. She was the only member of her class who sat alone at a double desk. The first letter of her last name forced her to sit in the front of the room always. But what about Marie Appolonaire? Marie was in front of her, but she shared a desk with Luke Angelino. Her teachers had always treated her this way. They tried never to glance at her, and called on her only when everyone was required to respond. She also knew that when one of the girls at school wanted to be particularly insulting to a boy, or wanted to get an immediate response from him, she could say. “Bobby loves Pecola Breedlove! Bobby loves Pecola Breedlove!” and never fail to get peals of laughter from those in earshot, and mock anger from the accused. It had occurred to Pecola some time ago that if her eyes, those eyes that held the pictures, and knew the sights—if those eyes of hers were different, that is to say, beautiful, she herself would be different. Her teeth were good, and at least her nose was not big and flat like some of those who were thought so cute. If she looked different, beautiful, maybe Cholly would be different, and Mrs. Breedlove too. Maybe they’d say, “Why, look at pretty-eyed Pecola. We mustn’t do bad things in front of those pretty eyes.”

Each night, without fail, she prayed for blue eyes. Fervently, for a year she had prayed. Although somewhat discouraged, she was not without hope. To have something as wonderful as that happen would take a long, long time. Thrown, in this way, into the binding conviction that only a miracle could relieve her, she would never know her beauty’ (33-34).

We see the world through the eyes of Pecola and her friends Frieda and Claudia, the 9 year old narrator of the novel. Their innocence of seeing is a vulnerable one, already deformed by the brutalities of racism, poverty, class, male domination and the parochial judgements of the community. But all the characters in the novel are, to varying degrees, disfigured by the master and slave relations into which they born and try to survive. This makes them ambiguous and contradictory and Morrison will not allow our judgements as readers to avoid such complexities. In the following extract three old women sit and share the miseries of their life and death existence as black women, ‘the bruises they had collected from moving about the earth—harvesting, cleaning, hoisting, pitching, stooping, kneeling, picking—always with young ones underfoot’ (107):

‘They had been young once. The odor of their armpits and haunches had mingled into a lovely musk; their eyes had been furtive, their lips relaxed, and the delicate turn of their heads on those slim black necks had been like nothing other than a doe’s. Their laughter had been more touch than sound.

Then they had grown. Edging into life from the back door. Becoming. Everybody in the world was in a position to give them orders. White women said, “Do this.” White children said, “Give me that.” White men said, “Come here.” Black men said, “Lay down.” The only people they need not take orders from were black children and each other. But they took all of that and re-created it in their own image. They ran the houses of white people, and knew it. When white men beat their men, they cleaned up the blood and went home to receive abuse from the victim. They beat their children with one hand and stole for them with the other. The hands that felled trees also cut umbilical cords; the hands that wrung the necks of chickens and butchered hogs also nudged African violets into bloom; the arms that loaded sheaves, bales, and sacks rocked babies into sleep. They patted biscuits into flaky ovals of innocence—and shrouded the dead. They plowed all day and came home to nestle like plums under the limbs of their men. The legs that straddled a mule’s back were the same ones that straddled their men’s hips. And the difference was all the difference there was.

Then they were old. Their bodies honed, their odor sour. Squatting in a cane field, stooping in a cotton field, kneeling by a river bank, they had carried a world on their heads. They had given over the lives of their own children and tendered their grandchildren. With relief they wrapped their heads in rags, and their breasts in flannel; eased their feet into felt. They were through with lust and lactation, beyond tears and terror. They alone could walk the roads of Mississippi, the lanes of Georgia, the fields of Alabama unmolested. They were old enough to be irritable when and where they chose, tired enough to look forward to death, disinterested enough to accept the idea of pain while ignoring the presence of pain. They were, in fact and at last, free. And the lives of these old black women were synthesized in their eyes—a purée of tragedy and humor, wickedness and serenity, truth and fantasy’ (107-109)

Pecola’s father Cholly displays the most troubling and violent form of masculine aggression in the novel. Abandoned at birth and humiliated by the daily rounds of racism and economic powerlessness he knows only how to purge his own traumas and hatreds through drink and violence. It leads in the end to the rape of his daughter, a violation he treats as almost something ‘routinely given’ (172). The novel tells of this through the barely present voice of Pecola and through the limited vocabulary and understanding of her friends.

By the end of the novel, Pecola, pregnant with her fathers baby at 12 years of age, has been abandoned by the community who thought so little of her in the first place. “Grown people looked away; children, those who were not frightened by her, laughed outright.” The result of such rejection is madness, the sort of madness that protects her from the brutal reality of what has happened and who she is. In the last few pages we see how Pecola acquires blue eyes, how the mirror reflects the eyes that no one else can see. And so the ‘horror at the heart of her yearning’ for blue eyes ‘is exceeded only by the evil of its fulfilment’ (162).

‘The damage was total. She spent her days, her tendril, sap green days, walking up and down, up and down, her head jerking to the beat of a drummer so distant only she could hear. Elbows bent, hands on shoulders, she flailed her arms like a bird in an eternal, grotesquely futile effort to fly’ (162).

Read or Listen to Toni Morrison’s remarkable Nobel Lecture – Once upon a time. 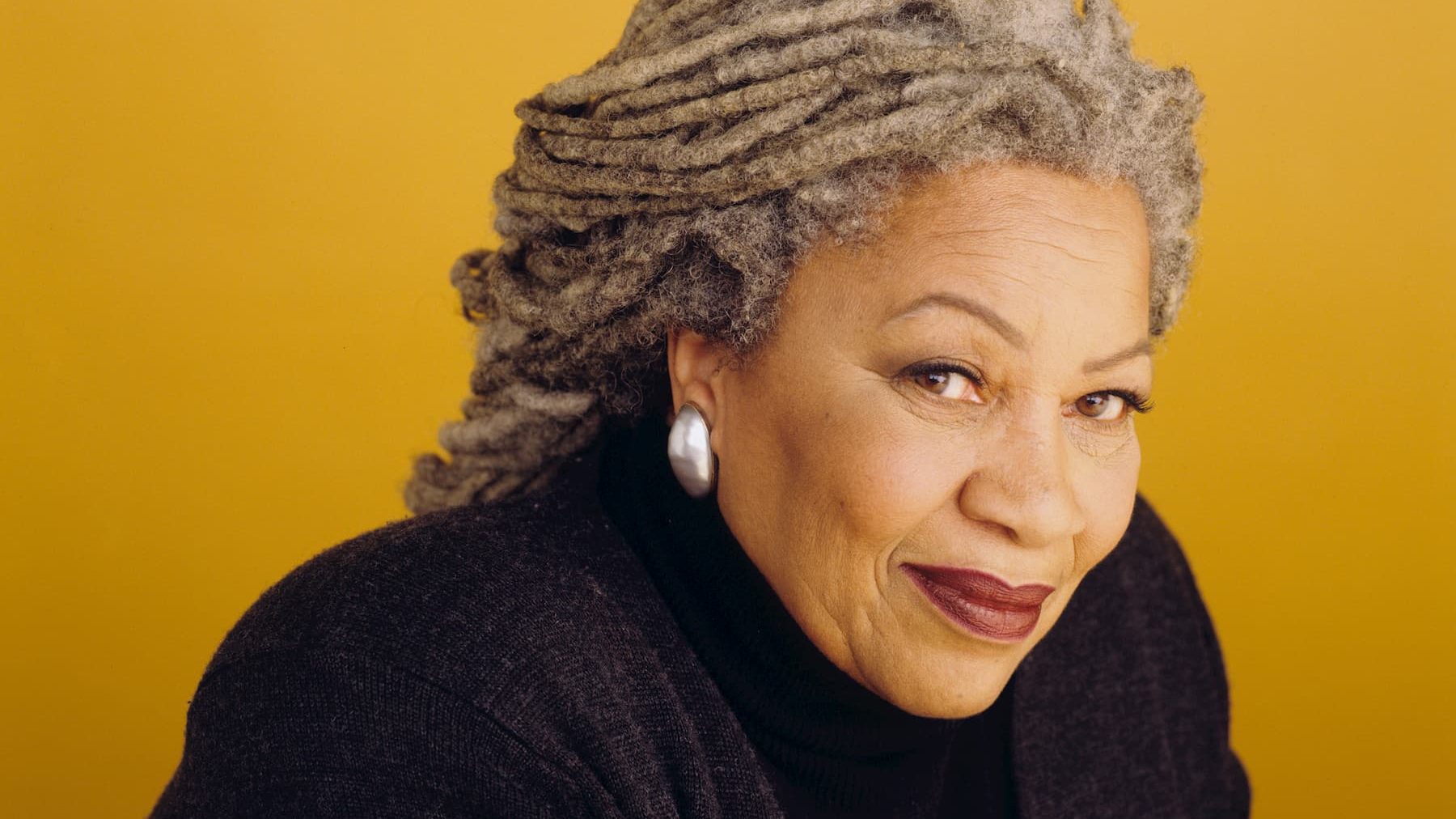 Read or Listen to Toni Morrison’s remarkable Nobel Lecture – Once upon a time.

Share this ArticleLike this article? Email it to a friend!
Email sent!
We use cookies to ensure that we give you the best experience on our website. If you continue to use this site we will assume that you are happy with it. Privacy policyOk